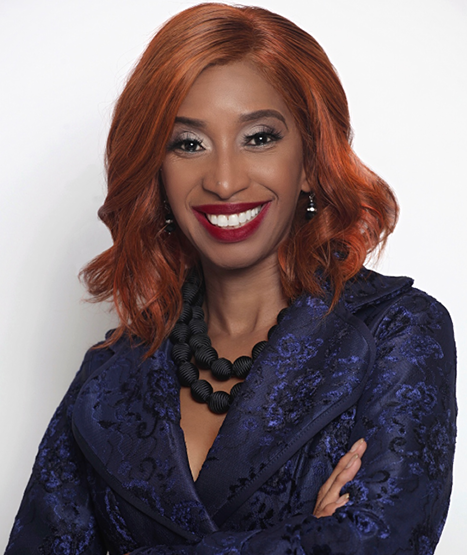 Charmaine V. Rickette, president and CEO of Uncle Remus Saucy Fried Chicken, was born in October 1963 in Chicago.  She is the youngest of 12 children born to Gus W. Rickette, Sr. and Mary F. Rickette.

Rickette graduated from Amundsen High School and attended Columbia College in Chicago where she studied broadcast journalism and earned a B.A. in Liberal Arts in 1986.  She completed business courses at the Living Word Christian Center’s Joseph Center Business School in 2007.  In 2011, she attended Pal’s Business Excellence Institute.

From 1985 to 1989 she was employed in the Mayor’s Office of Special Events as part of Mayor Harold Washington’s administration.  In that role, she worked closely with the Office of Tourism and Protocol including, the inaugural launch of the international talent search for the Chicago Gospel Festival choir competition in London, England; serving as press liaison for the Gospel, Jazz and Blues Festivals; and delegation lead to Milan, Italy for launch of the city’s international Sister Cities program.

Rickette’s first job in the family business was at a previous restaurant, Rickette’s Country Kitchen at Laramie and Madison.  In 1991 Gus and Mary retired from the day-to-day operations and appointed her manager of Chicago’s iconic Uncle Remus flagship restaurant at 5611 W. Madison.  She was named president CEO in 1999.

Working hard to build a sustainable business, she established modern operating systems and a strong management team and employee training program.  Under her leadership, Uncle Remus opened its second corporate store in Broadview, IL in 2004 and made history in 2006 opening a restaurant in the world’s largest retailer—Wal-Mart. Rickette’s vision and leadership led to opening its most successful restaurant on the South Side of Chicago in 2015.  A second suburban location in Bolingbrook, IL opened in 2020.  Mr. Saucy, the food truck arm of the business, was launched in 2021.

Rickette continues to develop her business and leadership skills. She volunteers with her neighborhood block club and other organizations. And has a radio talk show on WVON 1390.

Thank you! Your submission has been received!
Oops! Something went wrong while submitting the form.
HomeDonateContact Us
Rickette Foundation
Encouraging, Empowering, Employing and Building